What is your goal?

Oats are a versatile crop that can use those cooler season growing days to produce grain, hay, or oatlage. Before selecting a variety, consider: are you taking the crop all the way to a finished grain, or will you harvest it as hay? Dual purpose varieties, like Goliath or Hayden, have been selected to make an excellent hay crop while still producing a nice grain yield if you choose to take it that way. Meanwhile, other varieties like Deon and Rushmore, for example, are bred for exceptional yield and test weight, which make them best for producing grain.

Lodging in any type of small grain is a very real concern for most farmers due to its impact on yield, quality, and harvestability. Lodging is the displacement of stems from their upright position in the field and results in plants being laid flat on the ground or the breakage of stems. It can be caused by several external forces, such as wind, rain, or hail. It’s measured on a scale from one to five, with lower numbers correlating to standing perfectly and higher numbers being completely flat.

Barley Yellow Dwarf Virus (BYDV) is a disease that is carried by aphids and can be spread once the aphid feeds on the healthy plant. Symptoms start as parallel yellow and green streaks before turning to yellow tips of the leaf at advanced stages. BYDV tolerance is measured on a scale of one to nine, with lower numbers being the most tolerant and higher numbers showing very severe symptoms.

Crown Rust and Stem Rust are both diseases caused by fungi that damages the plant by producing orange spots on the leaves and/or stems, which will reduce the photosynthesis of the plant. Crown Rust can appear at any time during the growing season, however, the ideal conditions for it to appear is between 68-77°F during wet conditions. The disease is measured on a scale of one to nine, with lower numbers being the most tolerant and higher numbers showing very severe symptoms. Stem Rust favors slightly warmer conditions between 75-85°F. It is measured as MR: Moderately Resistant, R: Resistant, or N/A: no rating provided.

There are many factors that go into selecting the correct variety for your operation and understanding where to put your priorities can be a difficult task. Consult with our forage and cover crop experts on Team Millborn to out which oat varieties are right for your farm. 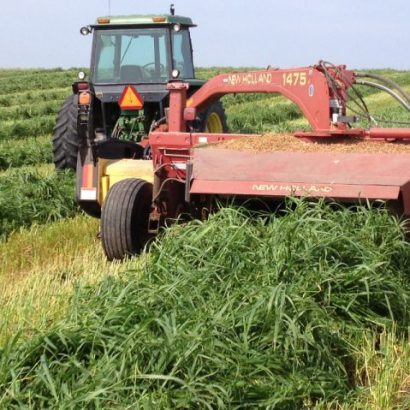 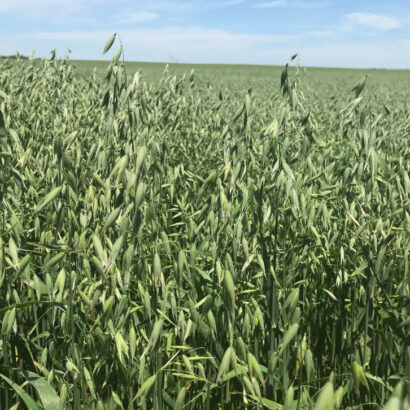 Boost Your Forage Supply with a Spring Annual Small Grain